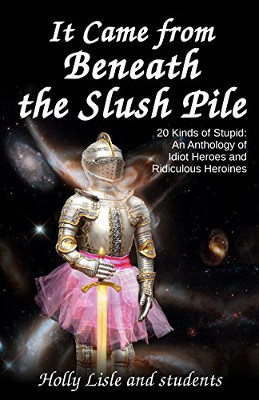 If there’s one thing more fun than writing awesome stories, it’s occasionally indulging in the worst excesses and writing awesomely bad stories. Holly Lisle and a group of her students put all of the most clichéd, badly formed, and just plain wrong techniques into as few words as they could, and gathered them together as a way of leading by (horrific) example and illustrating why sometimes, the rules really are there to help (and yes, run-on sentences are bad too).

For learning should always be fun.

A few words from the Authoress

The stories in this booklet were deliberately written badly. Every author tried to do his/her worst and then explained it too. We all hope that by reading this free booklet, you’ll at least get a grasp on how not to write.